Humbly serving the Region and the great people of Pomona 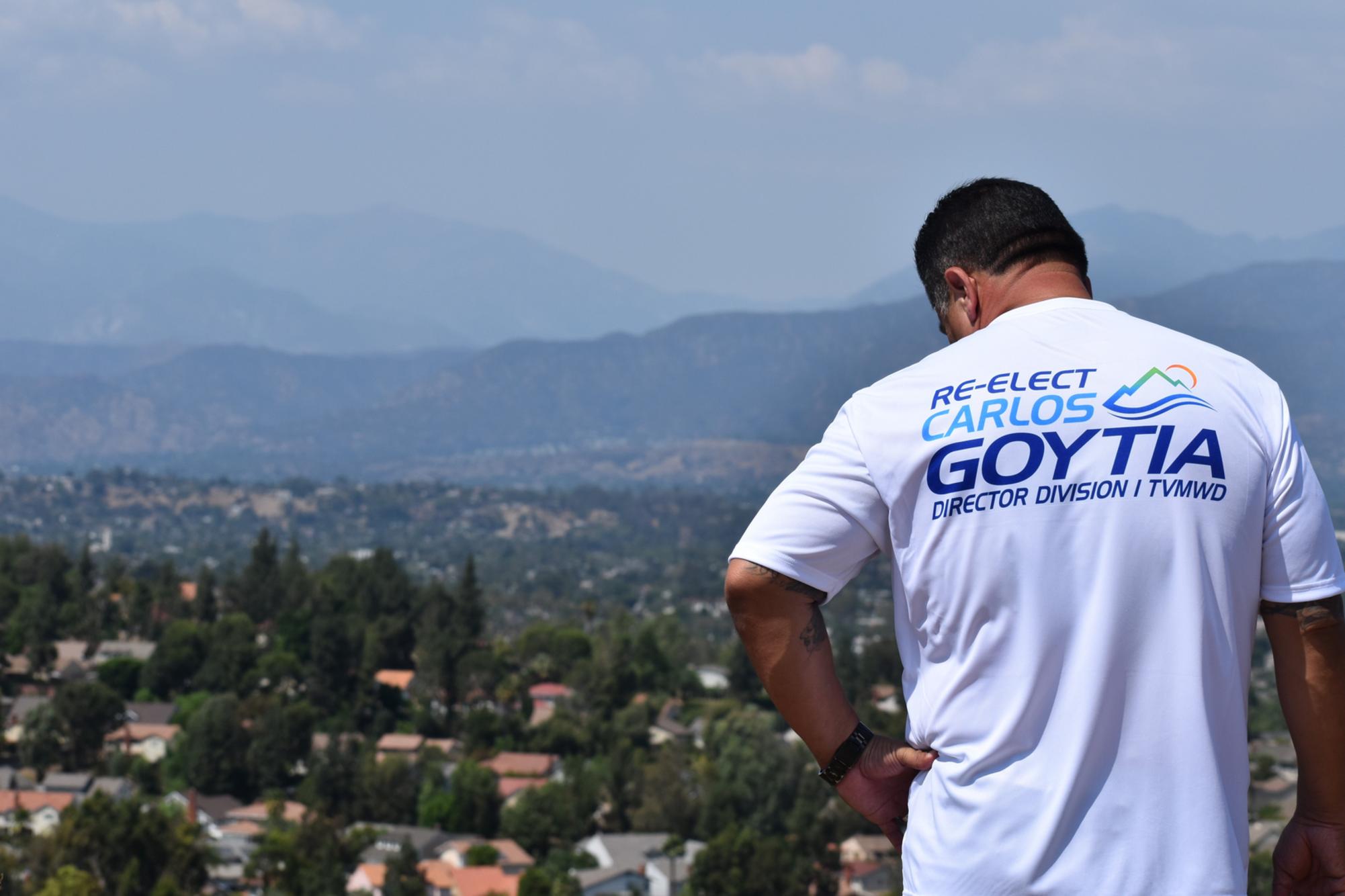 DIRECTOR GOYTIA Represents Division I —was elected by the residents of Pomona in Districts 1, 2, 3, and 5 in November 2010. He was reappointed to his third term in November of 2018. Director Goytia is a life-long resident of the City of Pomona. He is a loving husband to Catalina Goytia, and a proud father of 4 daughters and a stepfather to 4 wonderful children and a grandfather to 6 delightful grandchildren.

FOCUSED ON WHAT MATTERS MOST..."THE PEOPLE"

It is noteworthy that Director Goytia has reinstated three youth athletic programs, all non-profit organizations, that had been absent for over three decades (Pomona Pop Warner Football & Cheer, Pomona Pony Youth Baseball & Softball League, Pony United Youth Baseball League). Director Goytia’s vision and passion in directing and guiding the youth of Pomona are revealed through his involvement with Pomona’s youth sports programs, where he is currently the President of Pony United Youth Baseball League and a vocal advocate for youth programs throughout the City and School District. Director Goytia proactively visits our local schools in Pomona and throughout the region to speak to youth about career pathways in water and has served as Principal for a Day Program, put together by the Pomona Chamber of Commerce and Pomona Unified School District. He is also invited to speak at events by both our Senator and Assembly Member here in Pomona.  Director Goytia also works closely with our Mayor in various capacities in making Pomona a better place to live and recreate.

In addition to being Director, he provides a conscientious voice through his various appointments on Boards and Committees throughout the San Gabriel and Pomona Valleys. As a local Water Representative, he brings awareness and educates the public on critical issues such as water conservation, stormwater capture, water recycling, and water reclamation. He also collaborates with fellow water representatives in establishing water reliability and sustainability throughout the region. Director Goytia proudly served our community as a  Parks & Rec. Commissioner for 8 years, he continues to reveal his loyalty to both the beautification of the city and the lives of those dwelling within it. Within this role, he has not only spearheaded a major revitalization of Kennedy Park but has coordinated several community events at many parks.

As a product of the Pomona Unified School District (grades K-12), Director Goytia has reciprocated to the city through his role as a Senior Groundsman (Athletic Facilities) for Pomona Unified School District, since 2001. His dedication to the amelioration of the City and the development of student-athletes is continually evidenced through his work ethics.

Director Goytia is an accomplished man who tenaciously and humbly works towards the enrichment and improvement of the city and the lives of the individuals in the very land he was cultivated in, that is...the City of Pomona.

Why do I serve?...Because I believe that we can become greater than what we are!